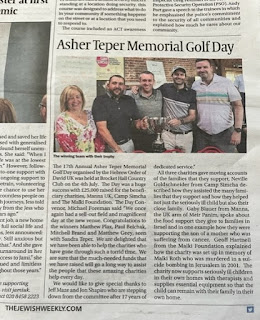 We're grateful to Robert Eisner, a trustee of Malki Foundation UK, for this report.
The Asher Teper Memorial Golf Day (ATMGD) has been taking place annually for the past 17 years.
It was established to honour the memory of Asher Teper who died in 2005 at the age of 58 from cancer. He established Medivet Veterinary Group in the UK, after emigrating from South Africa. He was also a founding member of Hebrew Order of David (HOD), which annually runs this charity golf day.
I have been fortunate to be on the ATMGD committee for the last 10 years helping organise the day with 5 other HOD members. My primary responsibility, apart from generally agreeing on the days' format and venue, has been dealing with the three charities and their volunteers and arranging the raffle prizes and silent auction items.
In the past the event has always been held at Hartsbourne Country Club but this year was moved to the prestigious Brocket Hall Golf Club.
As always, the day sold out very quickly and was a huge success with many golfers asking to sign up for next year.
The three charities chosen this year were Camp Simcha, Manna (UK arm of Meir Panim) and Malki Foundation UK. At the dinner afterwards, each charity was given the opportunity to talk about the work that they do.
This year we raised £27,000 which was our best year ever. Over the last seventeen years, the ATMGD has raised more than £300,000 for charity.
Twenty percent goes to the HOD Charitable Trust to be distributed among the various charities they support.
Scenes from this very successful fund-raising event: 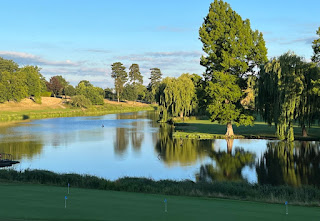 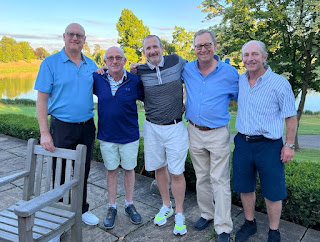